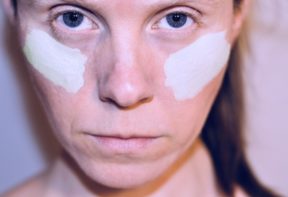 ANNE-MAREIKE HESS is a choreographer and dancer based in Berlin and Luxembourg. She studied at the Conservatory in Luxembourg, at the HfMDK in Frankfurt/Main and at HZT Inter-University Center for Dance in Berlin (Master in Choreography).

Her productions “I believe that we are having a dialogue” (2012), “Tanzwut”(2014) and “Synchronization in process”(2016) have toured to a number of venues and festivals throughout Europe. In 2017 she created “Give me a reason to feel” (coproduced by the Grand Théâtre de la Ville de Luxembourg). End of 2018 will be the premier of a new solo entitled “Warrior”.

Since some years Anne-Mareike works in close collaboration with TROIS C-L in Luxembourg, Skogen in Gothenburg and Inkonst in Malmö. She is an associated artist at Weld in Stockholm. In 2017/2018/2019 Anne-Mareike is supported by the Grand Luxe network.

As a performer Anne-Mareike has been working a.o. with William Forsythe (Human Writes), Rosalind Goldberg (“MIT” and “Jump with me”) and Ingri Fiksdal (“cosmic body”). She has worked as a dramaturge for Lea Martini and Lea Moro.