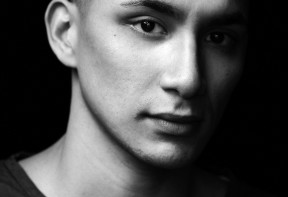 Anthony Lomuljo was born in Mountain View, California and trained at The Juilliard School, under the direction of Lawrence Rhodes receiving his B.F.A. in 2010. At his time at Juilliard he’s worked and created with Sidra Bell, David Parker, Adam Houghland, Johannes Wieland and Azsure Barton, as well as performed in the works of José Limón, Mark Morris, Jerome Robbins and Crystal Pite. During his time at school, Lomuljo also performed with Sidra Bell Dance NY and Zhukov Dance Theater, in San Francisco.

Upon graduating in 2010, Lomuljo joined the GöteborgsOperans Balett under the direction of Johannes Öhman. During his time at the GöteborgsOperans Balett, now Göteborgs Danskompani, under the direction of Adolphe Binder from 2011/12, Anthony took part in several creations with choreographers such as Fernando Melo, Stijn Celis, Lukáš Timulak, and Helena Franzén, and also performed works by Örjan Andersson, Johan Inger, Kenneth Kvarnström, Alexander Ekman, Mats Ek and Sasha Waltz.

In 2012, Lomuljo joined The Royal Swedish Ballet as a second-soloist, and has performed in both the classical and contemporary repertoire. That same year, Anthony was chosen by Mats Ek to play the title role of Romeo in his rendition of “Julia och Romeo”. Other creations Lomuljo has been involved in include pieces by Stijn Celis, Emanuel Gat, Johan Inger, Örjan Andersson, Alexander Ekman, and has performed the works of Sharon Eyal’s BILL, Crystal Pite’s The Other You, Mats Ek’s Svansjön, and Sasha Waltz’s Körper. Lomuljo just finished his forth season with The Royal Swedish Ballet and was promoted to first-soloist in 2014. This upcoming year Lomuljo will be freelancing and will be working with Sasha Waltz & Guest and Tanztheater Wuppertal Pina Bausch.