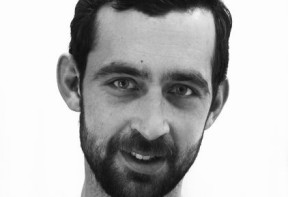 Christophe Dozzi was born in Colmar, France in 1976. He trained in the Strasbourg National Conservatory of Music and Dance (1985-88) and the Paris Opera Ballet School (1988-93).

Between 1993 and 2004, he has danced with the Jeune Ballet de France, the Zurich Ballet, NDT 2 & 1, and the Goteborg Ballet. In 2004, Dozzi starts freelancing as a dancer and choreographer’s assistant, as well as a guest teacher in various European companies such as NDT, the Goteborg Danskompani, Wuppertal Dansteater Pina Bausch and the Forsythe Company…

More recently, he has worked as a rehearsal director at Scapino Ballet Rotterdam (2015-16) and Ballet BC, Vancouver (2016-17).
Since summer 2017, he is back to freelancing as a guest teacher.

During those years of freelancing, his search and curiosity for all sorts of physical work methods has led him to invest a lot of time in the learning and daily practice of Chi-Gong. More specifically a form called Dao Yin Yang Sheng Gong, which he studied in Paris.

*A collaboration between Cullbergbaletten and Danscentrum Stockholm.