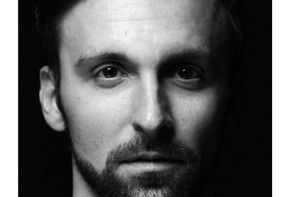 Dragos Mihalcea was born in 1977 in Bucharest, Romania and began his dancing career at the Bucharest School of Choreography. He later received a full scholarship at the Kirov Academy of Ballet (former Universal Ballet Academy) in Washington DC, where he graduated avaledictorian. Immediately after graduation he was offered a contract with the Universal Ballet Company where he was quickly promoted to soloist and then principal dancer. At 19, he starred as Prince Siegfried in ‘Swan Lake’ in Universal Ballet’s first North American tour, dancing in the company’s opening night performances in Los Angeles and New York. Soon after, Dragos won the bronze medal at the Luxembourg International Ballet Competition and the bronze medal at the ‘Roudolf Nureyev’ Ballet Competition.

After receiving a guest principal contract with the Norwegian National Ballet, Dragos proceeded to win the Gold Medal in the 1st Rome International Ballet Competition ‘Premio Roma’ and was invited to join the Royal Swedish Ballet as a soloist, the first dancer ever to surpass the corps de ballet ranks. 6 months later he was promoted to Principal Dancer. In Stockholm, Dragos has built a reputable dancing career appearing with the company in many of their full length classical productions. Most notable in his repertoire are the roles of Des Grieux in ‘Manon, Onegin in ‘Eugene Onegin’, Prince Desire in ‘Sleeping Beauty’, Albrecht in ‘Giselle’, Theseus/Oberon in ‘A midsummer night’s dream’ to name but a few.

Dragos Mihalcea has been invited to guest with many of the world’s top companies and has represented the Royal Swedish Ballet in more than 20 countries as a guest artist.