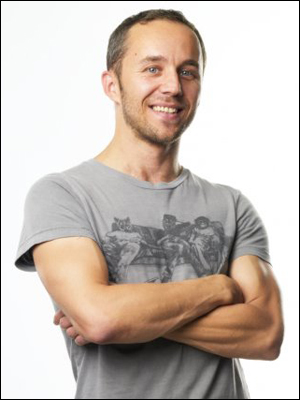 Jarek Cemerek is an established Czech choreographer, teacher and dancer. In 2012 choreographed for the seniors at the Juilliard school in New York. In 2011, London Sadler’s Wells Theatre presented the premiere of his piece, Void, choreographed for the male dance company, BalletBoyz. Mr. Cemerek was selected from 160 choreographers participating in the audition. In 2011, he was awarded Czech Dance Platform’s Dance Piece of the Year and Dancer of the Year. He studied classical dance at the Conservatory in Ostrava (CZ), choreography and dance pedagogy at the Academy of Performing Arts in Prague, and studied choreography at the Theatre Academy in Helsinki. He began his artistic career as a classical dancer at the National Theatre in Ostrava after moving to Prague and danced with Laterna Magica and the State Opera. He also danced in the Bratislava Dance Theatre, Tanztheaterwien (Vienna), Compagnie Thor (Brussels), Willi Dorner (Vienna), the Dance Theatre of Ireland, Stadttheater Bern (Switzerland), and at the Royal Opera House (London). In 2009, he co-founded Albamora Contemporary Dance Company in Denmark.