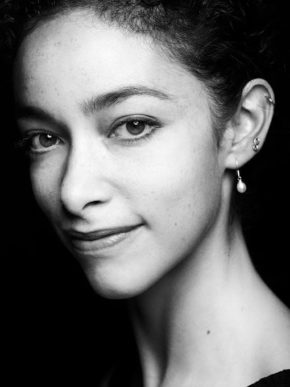 I am a London-based ballet teacher, rehearsal director, choreographer and company manager. I trained at The Royal Ballet School and danced with the Norwegian National Ballet, Royal Swedish Ballet and English National Ballet.

After a serious back injury halted my training at age eighteen, I completed a BA in English Literature at Royal Holloway, University of London. I then worked as Artistic Coordinator of The Royal Ballet for a year while exploring choreographic opportunities under the guidance of Wayne McGregor. I took part in choreographic platforms at the Royal Opera House and The Place and completed commissions for The Royal Ballet School, Ballet Central, Artelier and Copenhagen’s Tivoli Ballet.

At age twenty-three I returned to my dance training, which led me to discover my passion for teaching. I trained intensively for eighteen months with Renato Paroni in open classes in London, and began teaching alongside relearning my own ballet technique.

I then performed with English National Ballet in Swan Lake and Romeo and Juliet at The Albert Hall, and moved to Oslo to dance with the Norwegian National Ballet before relocating to Stockholm to join the Royal Swedish Ballet.

I danced in productions such as Giselle, Onegin, Don Quixote, Alice in Wonderland, Midsommarnattsdröm and Artifact Suite, amongst others, and I had the opportunity to work with leading figures in the dance world including William Forsythe, Christopher Wheeldon and Alexander Ekman. I took classes with some of the world’s best teachers, including Yannick Sempey, Svetlana Ballester, Olga Evrienoff, Yannick Boquain, Cynthia Harvey and Kathryn Bennets. During breaks I would return to London and teach ballet classes at open studios, as well as teaching for ‘Ballet for Expats’ in Stockholm.

Soon after leaving Stockholm I joined BalletBoyz on their tours as Company Manager, while starting to teach more and more ballet classes around London. I now teach warm up classes at companies including Company Wayne McGregor, Ballet Black and Matthew Bourne’s New Adventures. I am a guest teacher at Rambert School, London Studio Centre and BalletBoyz Dancers Course, and teach open classes at Danceworks, Pineapple Studios and Central School of Ballet.

I’m very fortunate to have had other opportunities to work within the dance world: In 2017 I worked as Rehearsal Director for Sisters Grimm’s original dance musical Voices of the Amazon, choreographed by Helen Pickett and performed at Sadler’s Wells and in Moscow, Singapore and at Latitude Festival.  I returned to Sisters Grimm to work on a new production with choreographer James Cousins, and I recently became Rehearsal Director and Company Manager for Richard Chappell Dance.

In 2017 I was commissioned to choreograph for National Youth Ballet, and my piece ‘A Frosty Fable’ was performed at the Crescent Theatre in Birmingham and in a gala performance at Sadler’s Wells. I returned to NYB in 2018 to create a new piece for thirty-two young women, inspired by the life and work of mathematician Ada Lovelace.
I am always looking for new teaching and choreographic opportunities, projects and collaborators – please get in touch with me at louisefrancesbennett@gmail.com.