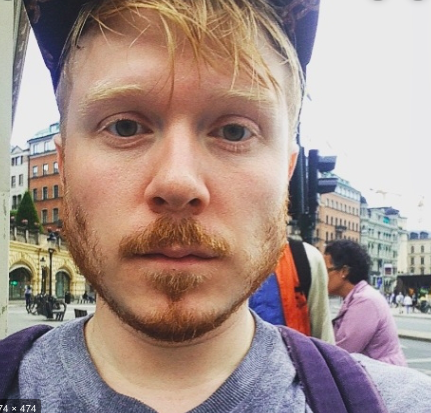 Marcus Baldemar, originally from Kiruna, is a dancer and choreographer now based in Stockholm, Sweden.

For the majority of his professional life he lived in Brussels, Belgium where he was educated at P.A.R.T.S. Before that he attended Balettakademien in Umeå as well as SEAD in Salzburg, Austria.

Since graduating in 2008 Marcus has been working as a dancer, choreographer and teacher internationally while staying Full Report connected to the Swedish dance scene. As a performer he has worked with Daniel Linehan (dbddbb), Albert Quesada (Slow Sports, Wagner/Ligeti), Andros Zins-Browne (&&&&, The Host, Limewire), Malin Hellkvist Sellén (Flottarkärlek), Ludvig Daae (Dance to Dance to) and Eveline Van Bauwel (Infinite Journey/In This Together…) amongst others.

It is important for Marcus to keep one foot in the field of pop culture/entertainment which has resulted in him choreographing for and performing in concerts and music videos for Swedish popartists Min Stora Sorg and Tove Styrke. Marcus was also part in the making and performing of Swedish electro-pop duo The Knife’s Shaking the Habitual-The Show. The process was led by Swedish choreographer Stina Nyberg.

As sole author he has made:

– Reading Rhyme – A poetry reading, an anthology and a dance performance (2014); A duet performed together with set- and costume designer Daniel Akerstrom Steen.

– Love Shrine & Your Majesty – Part 1 (2016). It was made together with Stockholm-based artists Linnéa Martinsson and Viktoria Andersson.

As collaborations with collective authorship:

– The Men With The Pink Triangle (2016) A production for The National Touring Company of Sweden/Riksteatern.