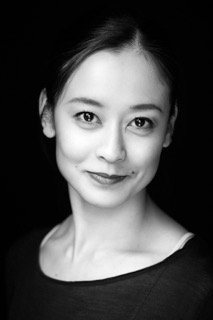 Mariko Kida is currently a freelance dancer and teacher based in Stockholm. Originally from Osaka, Japan. She won Prix de Lausanne Scholarship in 2000, and completed her training at San Francisco Ballet School in 2002. Mariko began her professional career with Alberta Ballet in 2002, and then joined Les Grands Ballets Canadiens de Montreal in 2004. She left Canada to join Göteborgsoperans Danskompani in 2009 then moved to the Royal Swedish Ballet in 2012, where she danced as a Principal dancer.

Mariko has worked with choreographers such as Mats Ek, Ohad Naharin, Sasha Waltz, Stijn Celis, Johan Inger, Örjan Andersson, Helena Franzen, Roy Asaaf, Emanuel Gat, Sharon Eyal, Michael Schumacher, Alexander Ekman, Medhi Walerski, Fernando Melo and many others. She was chosen one of “The outstanding dancers of the year in 2010” by Dance Europe and “The 31 Rising Artists” in yearbook of Tanz magazine 2013.

In 2014, Mariko received Prix Benois de la Danse (Moscow, Russia), and 42th Premio Positano Danza Léonide Massine (Positano, Italy). She was also awarded by Commissioner of Cultural Affairs in Japan for her international achievement in Arts (Tokyo, Japan). Mariko was certified as a GYROKINESIS® trainer by InternationalGYROTONIC® and GYROKINESIS® Headquarters since May 2015.

Since Mariko became a freelancer from summer 2016, she has been teaching at Danscentrum, Balettakademien, Royal Swedish Ballet School, also giving dance workshops to Non-dancers in Japan. As an artist, she took a part in Sergio Rossi’s fashion show for Milan fashion week 2016, and a guest dancer with Tanztheater Wuppertal Pina Bausch in Germany.