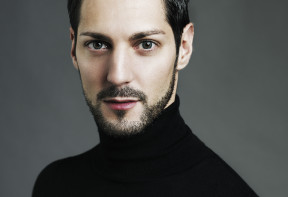 Stéphen Delattre teach Master Class of classical training and Choreographic Workshops. The workshop are based on his choreographic neo-classic and modern style and in relationship with diverse creative improvisation for professional dancers. In his Choreographic Workshops, he make a short warm-up, some exercises to explore the body and the senses in space, followed by the creation of a variation and he finish the class with duet or trio choreographic works between the dancers.

Stéphen Delattre, is an inventive and passionate choreographer who draws from both classical and contemporary dance to synergistically sculpt his own distinctive body language. After dancing as a Soloist for more than twelve years in six theatres, Stéphen Delattre took his next career step and assumed the role as Artistic Director of the Delattre Dance Company. http://www.delattredance.com/stephen-delattre.html
Since then he has made choreogaphys for several prestigeus companys around the world besides his own company