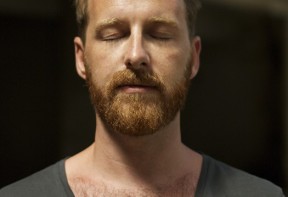 Following 20 performing in work by many of the UK’s most celebrated dance makers, choreographer, performer and stage designer, Theo Clinkard has swiftly built an international reputation for creating compelling and visually arresting dance works.

In 2012, he launched his own company to develop a portfolio of work that explores the communicative potential of the body and the empathetic nature of dance in performance. He has toured his work extensively across the UK and internationally (Chile, Switzerland, Germany), receiving invites to present at British Dance Edition (Edinburgh and Cardiff) and at Internationale Tanzmesse NRW 2016 in Dusseldorf.

Past company works include Hell Bent (2012), Ordinary Courage (2012), Of Land & Tongue (2014) and Chalk (2014). This Bright Field (2017), Theo’s latest company work for 12 international performers, premiered at Brighton Festival in May this year and is now touring. He has also undertaken a range of high profile international commissions including Somewhat still when seen from above (2015) for Tanztheatre Wuppertal Pina Bausch and The Listening Room (2016) for Danza Contemporanea de Cuba.