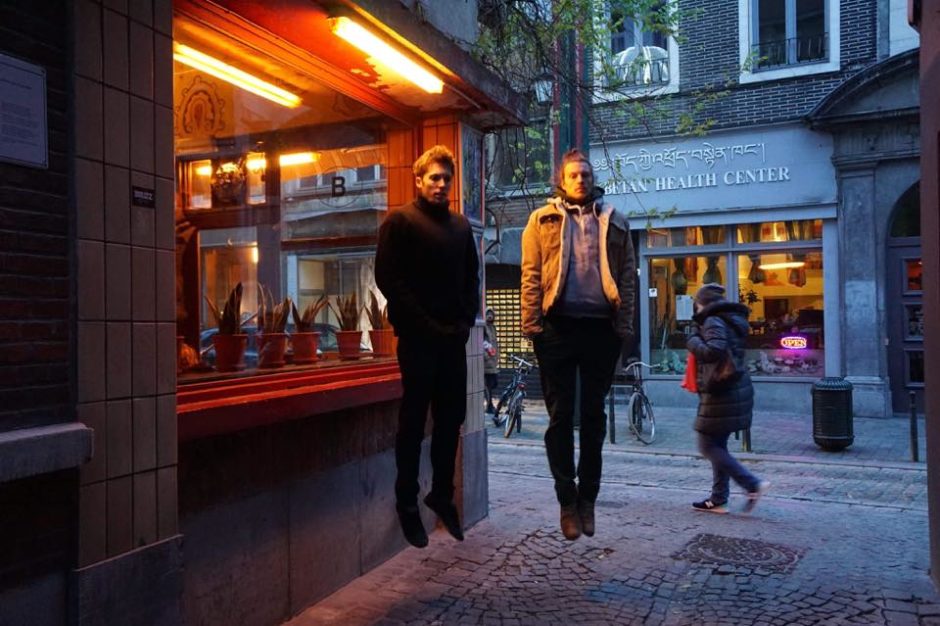 Winston and Axel graduated from Circomedia (FDA course, 2010-2012). And then went on to complete their Bachelor at ACAPA (Academy of Circus and Performance Art, Netherlands, 2012-2016). Within this education they both specialised in acrobatic dance and contact partnering. They have been guided and influenced by the teachings of Alexander Vantournhout, who introduced them to several influential teachers and opportunities within the dance and movement community.

Currently they are both in the new production ‘Red Haired Men’ (Alexander Vantournhout ) currently touring.
They have an ongoing study and practice with Tomislav English, adapting aspects of his methodology Ferus Animi // Terra Nova using it within their teaching and maintenance as movement practioners. They also have an ongoing study with Martin Kilvady for the past 4 years focusing on his teaching methodology of “All Inclusive”.

In 2017 Winston Reynolds & Axel Guérin co-created their own company Ŷeknom with the idea to try and capture, shape and share what they have discovered within their co-operation. It is an ongoing project which collaborates and delves into multiple movement practices, styles and forms.

Ŷeknom leads dance and research workshops around Europe , TripSpace,(London), Balletboyz(London), Codarts,(Rotterdam), Fontys,ACAPA (Netherlands), (Austria, Zurich, Porto) and will be starting their own production, “A theme on silence and other things” throughout 2019.